With their viral billboard campaign and a new exhibition at the Parrish Museum, the collective is using art to pursue political change. 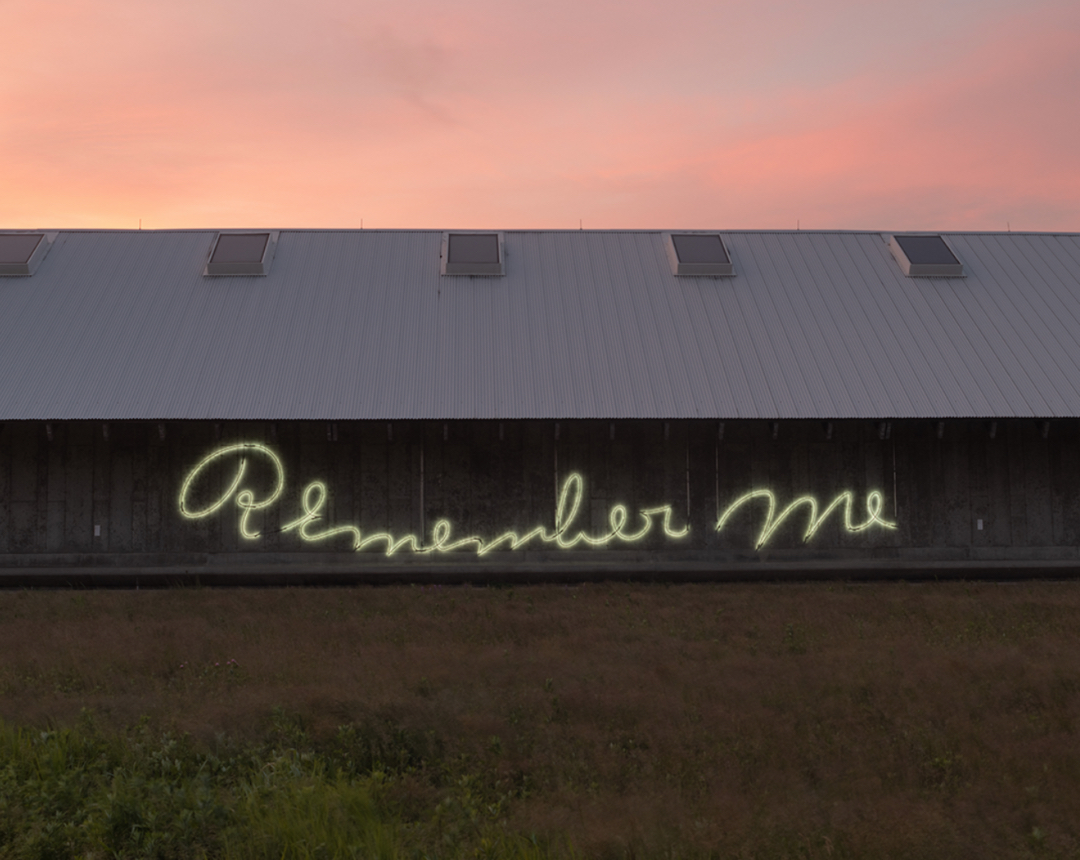 Art has long been a powerful tool for activism. From grassroots organization Act Up’s famous “Silence = Death” protest posters that fought political and social inaction against AIDS in 1987, to artist Faith Ringgold’s “United States of Attica” work memorializing the tragedy of the Attica riots in 1971, to Dread Scott’s viral 2015 piece, “A Man Was Lynched by Police Yesterday,” in which the artist hung a banner with those words outside of Jack Shainman gallery in New York, art has always served as a way for artists to incite change and enact justice. “Much of how I engage with the world is through art,” Scott told The New York Times about the controversial artwork. “I think about the work of Faith Ringgold; there are ways in which she operated in both the activist space and the fine art space. For me, there’s no separating that: I’ve had artworks that have been part of demonstrations; I’ve made artworks for demonstrations that I consider ‘fine art,’ whatever that is. And I’ve been threatened with jail for some of my art and activism where it intersects. I am both an activist and an artist, and I see the differences between art and activism,” he continued. “It’s not as though there are major walls that are keeping the two apart.”

That connection – between fine art and activism – is the underlying ethos of For Freedoms, an artist collective that “centers art and creativity as a catalyst for transformative connection and collective liberation.” Founded in 2016 by artists Hank Willis Thomas, Wyatt Gallery and Eric Gottesman, with art historian Michelle Woo, the collective “aims to deepen and expand our capacity to interrogate what is and imagine what could be,” said the founders. “Simply by wielding the power of art.” The group was initiated in the lead up to the 2016 Presidential election, when Thomas, whose work explores Black masculinity and identity, Gottesman, a photographer who explores nationalism, violence and history, Woo, and Gallery, began asking how they could center creative voices within the public discourse and use that to get people involved. They wanted to “broaden what participation in democracy looks like, and initiate a larger conversation about the role of art in local, national, and global politics,” they said. That goal turned into For Freedoms, the very first artist-run political action committee, named after artist Norman Rockwell's paintings of president FDR’s famous speech, which called for the protection of what he believed were the most essential freedoms: freedom of speech, freedom of worship, freedom from want and freedom from fear.

Together, the group embarked on what they thought would be a one-off project: First, they organized an exhibition at Jack Shainman, featuring work by Carrie Mae Weems and Marilyn Minter, among others; and Dread Scott hung his infamous banner right on the front door. Then they released their main focus: a national campaign in which artist-created billboards were hung in cities across the U.S.

The initial billboard campaign caught the world’s attention and has become an ongoing project for the collective, which has become the “largest creative collaboration in United States history” according to TIME. In 2018, billboards by Marilyn Minter, the Guerilla Girls, Carrie Mae Weems, Zoe Buckman and 46 others covered all 50 states. In 2020, For Freedoms tapped artists including Guerilla Girls, Ai Wewei, Donald Judd and Shepard Fairey to launch their own boards. On one created by Thomas himself, three young Black boys look towards the sky while swimming in the ocean. Above their heads it reads, “Does Black innocence matter?” Judd’s contribution to the project was a hot pink billboard with large black font. It reads: “If you don’t act, someone else will decide everything.” And that statement is exactly why For Freedoms do what they do. 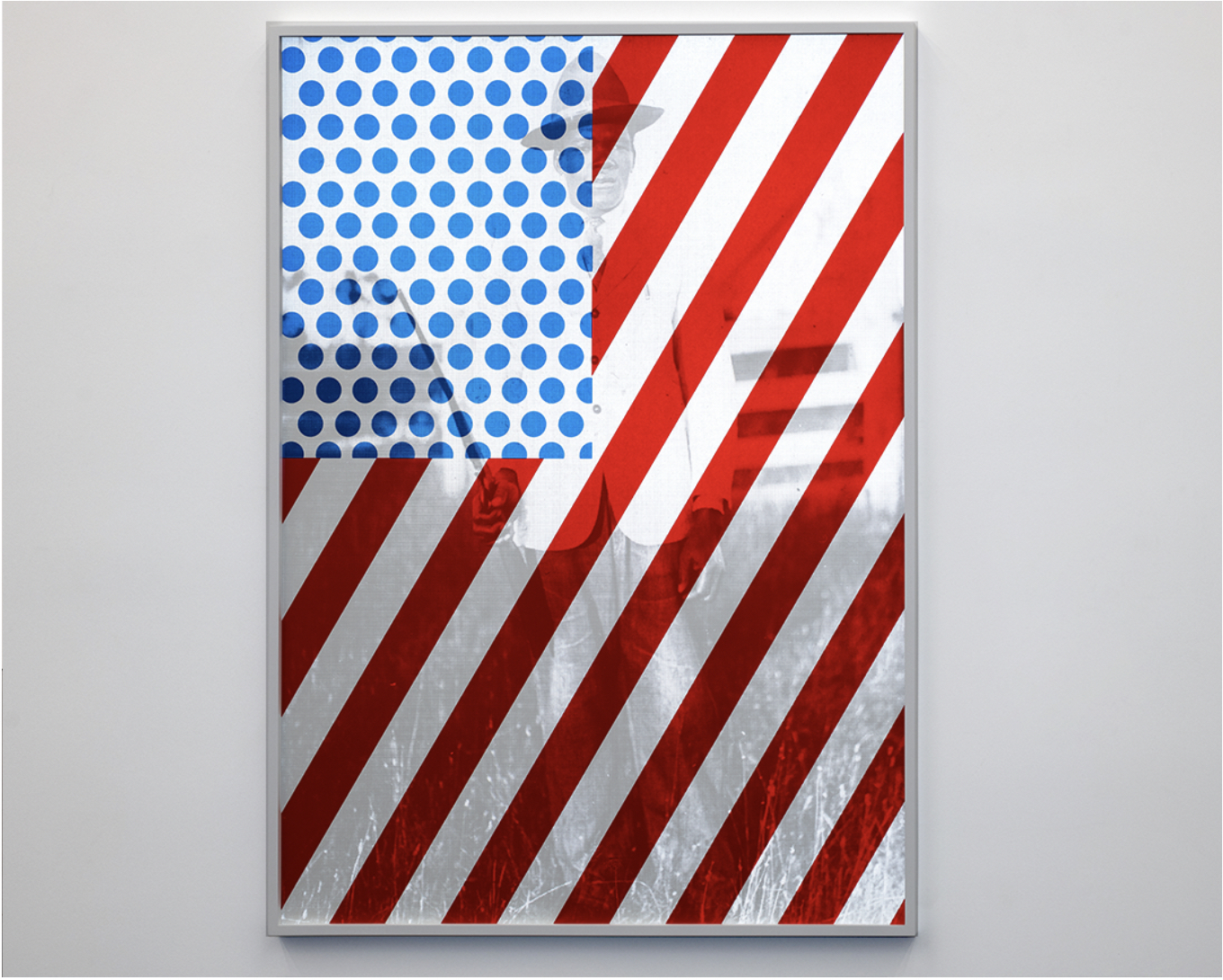 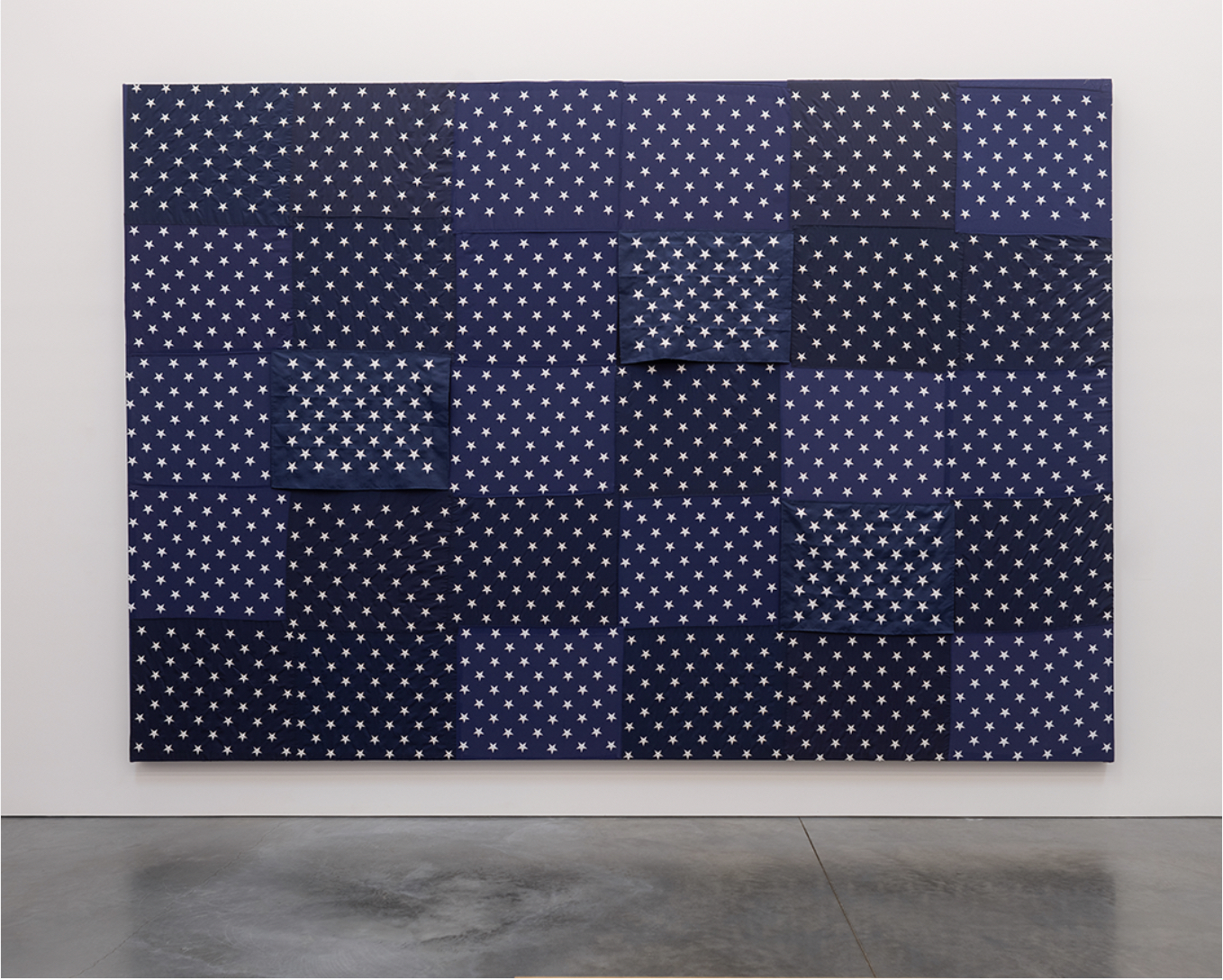 Now including thousands of artists and organizations, For Freedoms has become “the largest community for creative civic engagement in the United States.” “We believe that if creativity is a core societal value, and if artists are at every table, new ideas are more likely to take hold,” Willis said. “With that, we can build new systems that no longer rely on extractive or corrupt foundations but instead center love, care, and community.” The group currently has billboards in support of the Indigenous community, refugees and immigrants, and to encourage kindness as communities come together to rebuild in the afterman of COVID. They’ve also recently launched Another Justice, a program that “calls to reconvene and reconsider what justice can be in a time of imbalance.” The program proposes “new paths forward to justice, by any medium necessary.” Recent mediums have included: the Another Justice: Us is Them exhibition at the Parrish Museum in Water Mill, New York. On view now, the exhibition features work by 12 artists, including For Freedoms founders Thomas and Gottesman, as well as a series of digital billboards created exclusively by Indigenous artists. The goal of the project is to address justice in ways that are deeply personal to the featured artists, who answered “What does justice look like?” through their work. Sound artist Christine Sun Kim, who is deaf, for example, contributed a large installation that encourages audiences to expand their understanding of language, encouraging stronger methods of communication between people. Kambui Olujimi explores the realities of white privilege and racial violence through his Redshift series, a group of illustrations of historical figures and violent moments. Thomas, who contributed multiple pieces to the exhibition, including one of his quilted flags, “A New Constellation,” 2021, and a new neon sculpture that reads “Remember Me.” Inspired by a vintage postcard he stumbled upon at the Amistad Center at the Wadsworth Atheneum Museum of Art in Connecticut that features a young Black soldier from the 1800s, the piece is a direct recreation of the handwriting from the old note, an examination of how art – like the postcard – can communicate well beyond its intended purpose. “I wanted to create an opportunity for people to reflect on how important every life is,” he said about the piece. “In some way, shape or form, we all want to be remembered, and in being remembered, we get an extended life.”

That sentiment echoes the mission For Freedoms, as a whole. “The road to progress is always under construction, rife with bumps, potholes and hazards,” reads the Another Justice statement of purpose. “In spite of – and because of – our collective and individual trauma, we invite you to vividly imagine what a just world would and could look like. Hold it in your heart. How do we get there from here? What is your role in creating it? How will you adapt your course as conditions change?” 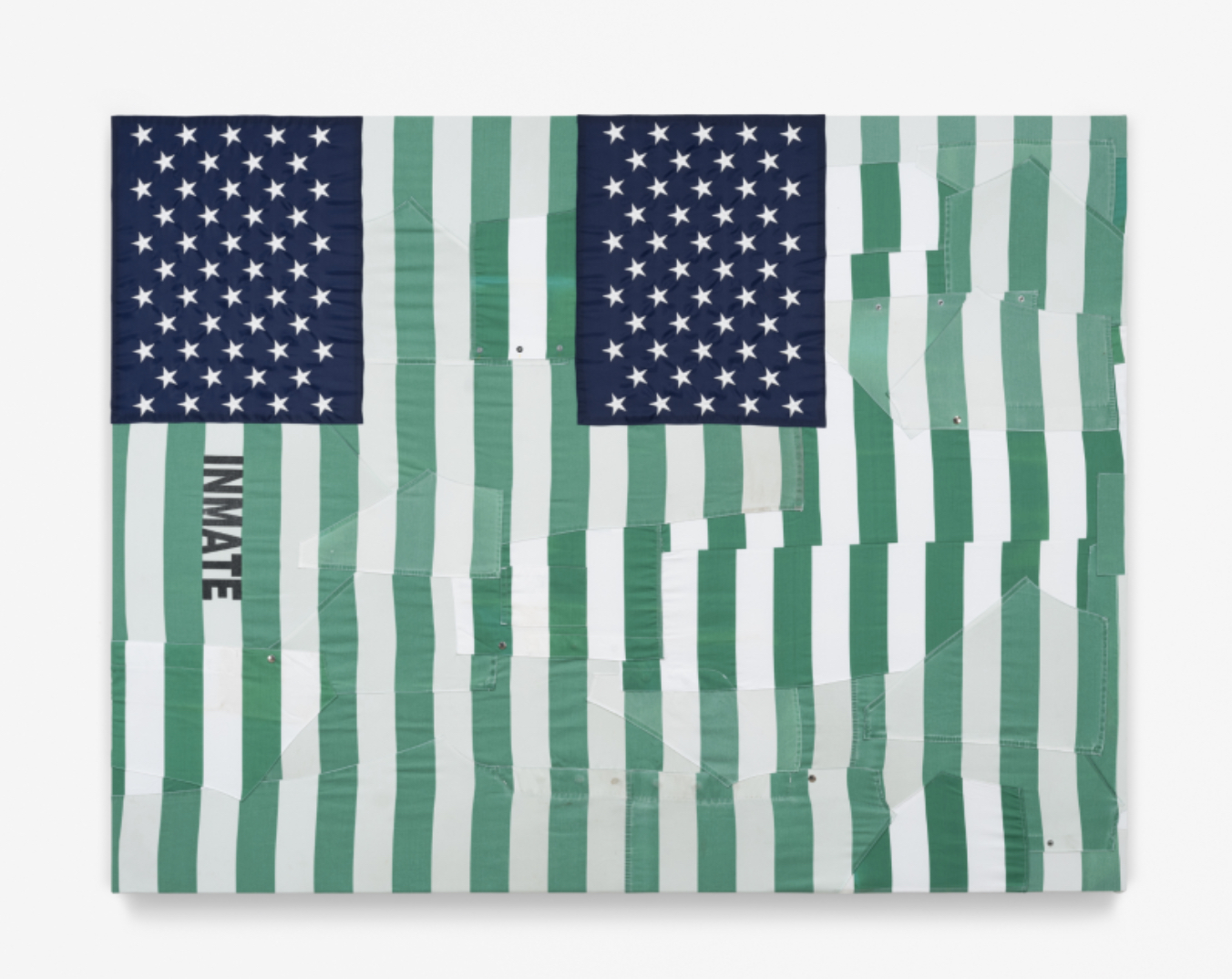 After Flags I (green), 2022. Mixed media including US flags and decommissioned prison uniforms, 60 x 72. Courtesy the Artist and Jack Shainman Gallery, New York 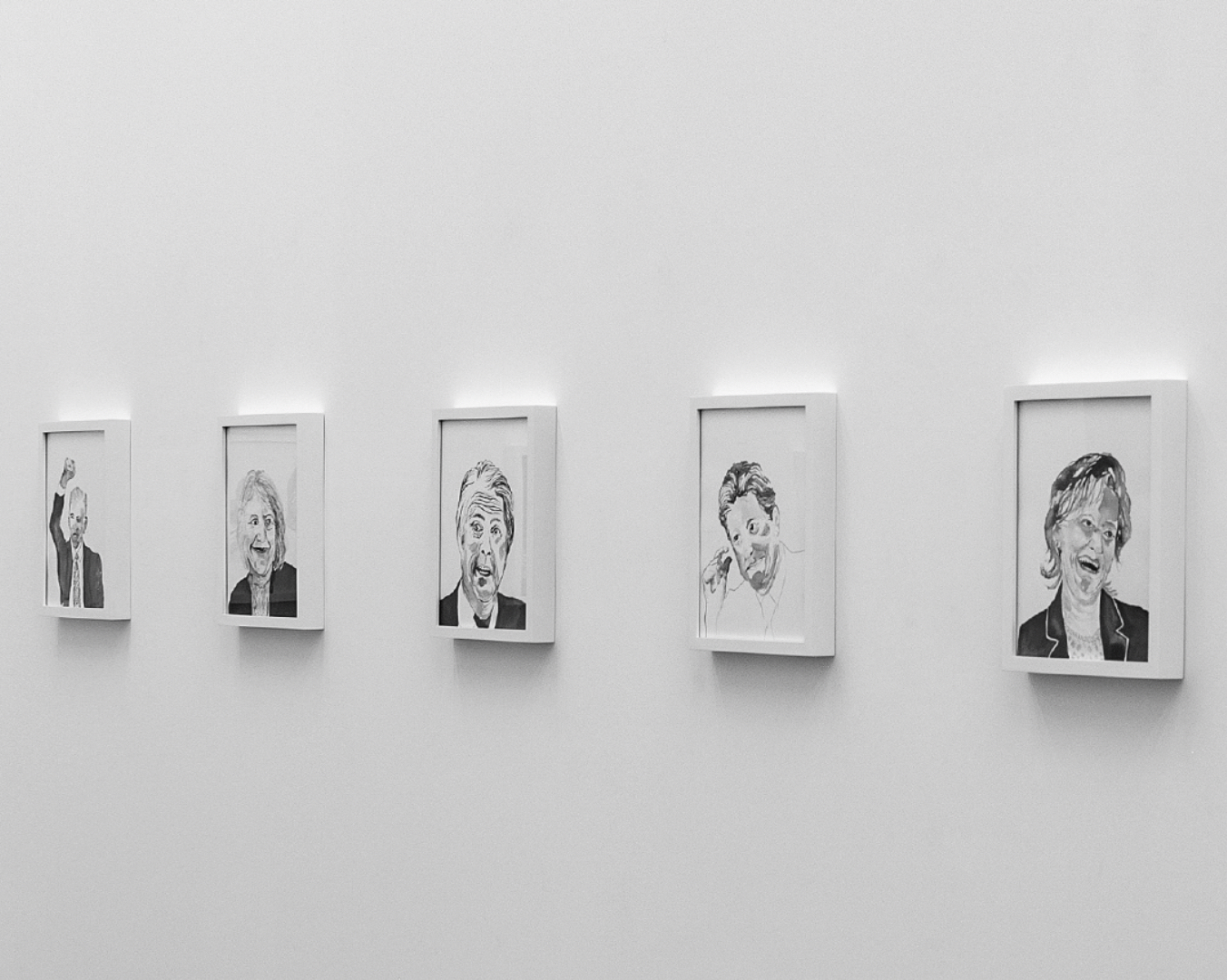 Installation view of Kambui Olujimi as part of Another Justice: Us Is Them—Hank Willis Thomas | For Freedoms at the Parrish Art Museum, Water Mill, New York, July 23 to November 6, 2022. Photo: Gary Mamay. 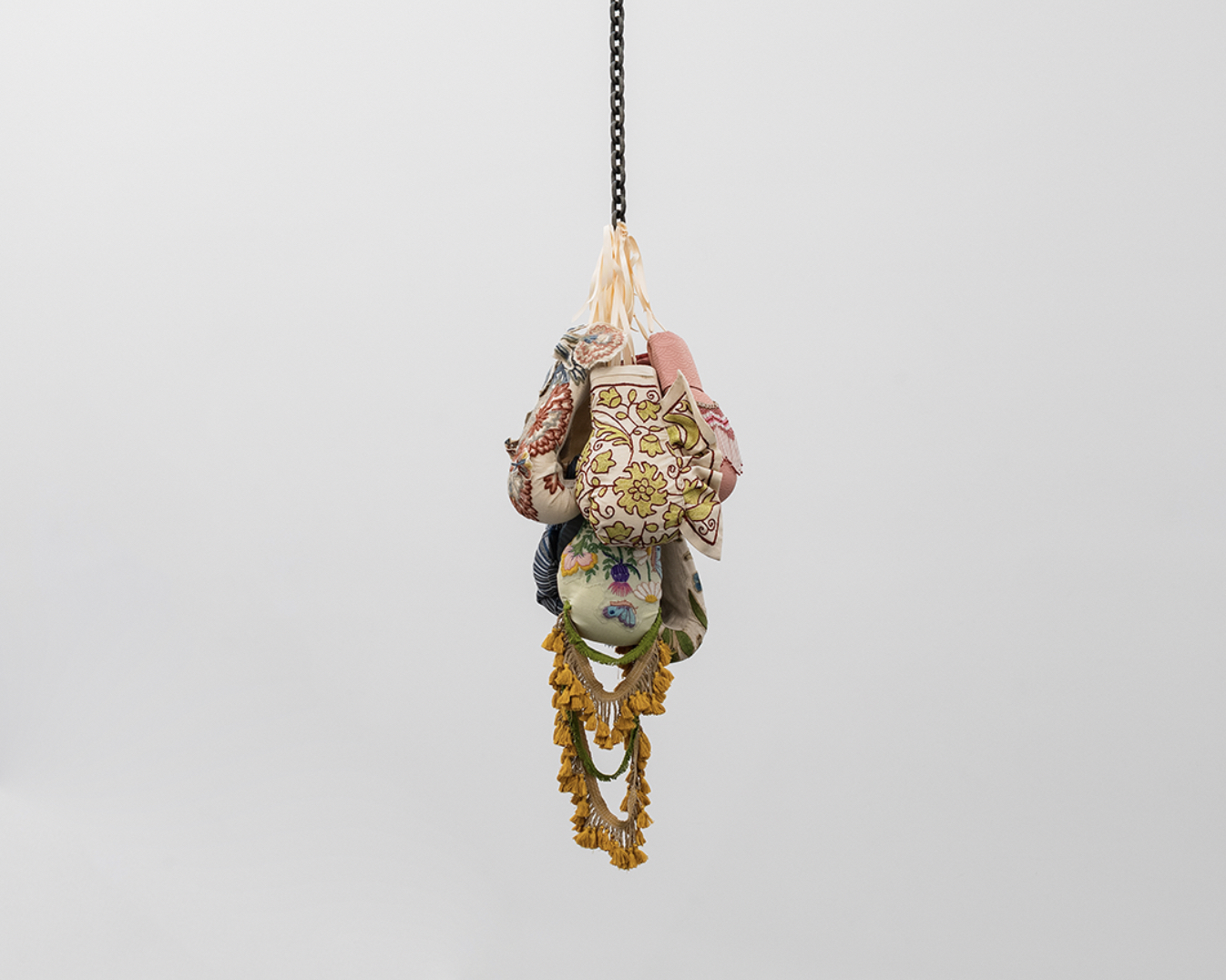 Detail view of Zoë Buckman, like home like something, 2022. Vintage textiles and beading, leather, chain 28 x 18 x 18 Courtesy the Artist and Pippy Houldsworth Gallery, London, as part of Another Justice: Us Is Them—Hank Willis Thomas | For Freedoms at the Parrish Art Museum, Water Mill, New York, July 23 to November 6, 2022. Photo: Gary Mamay. 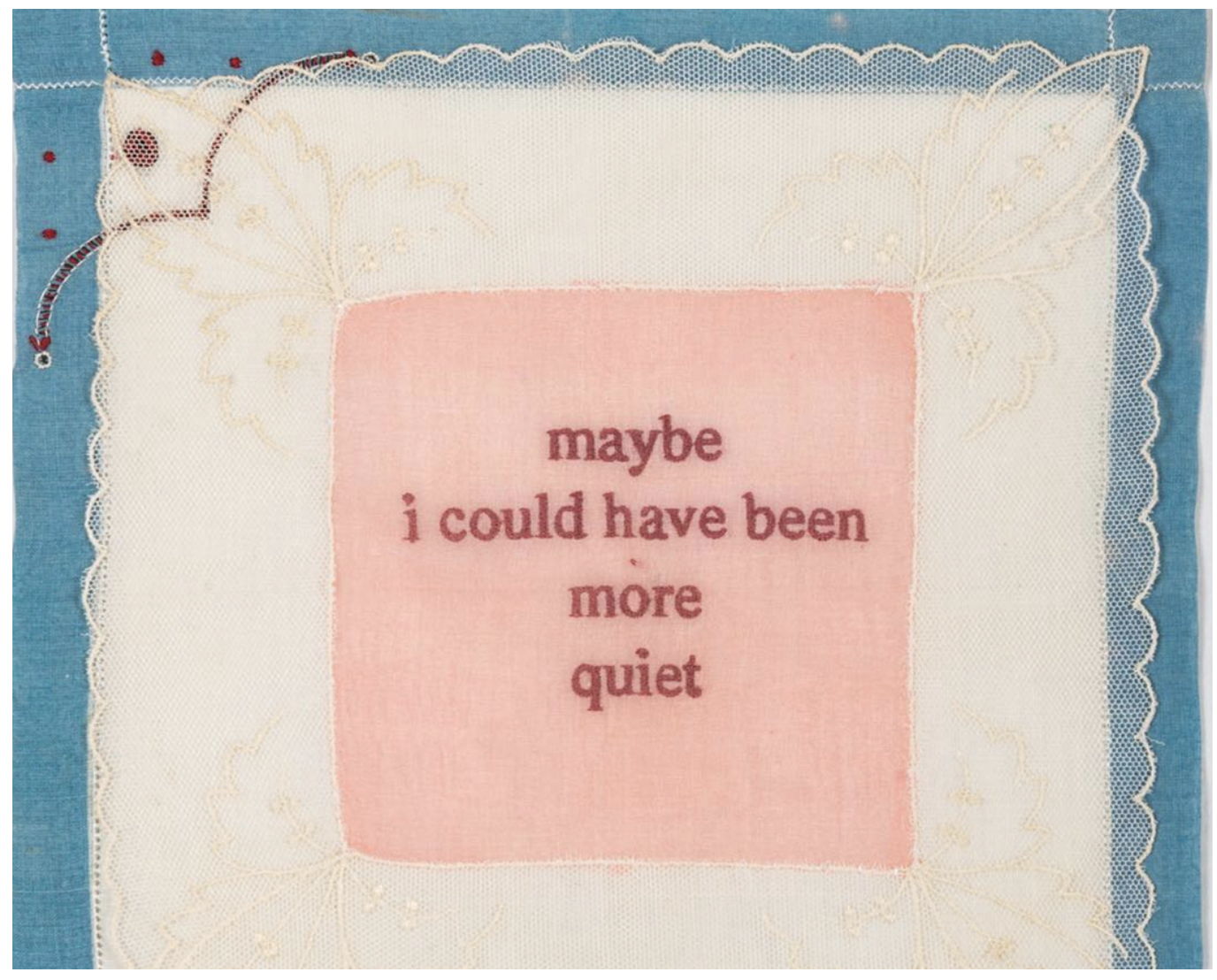 Detail view of Zoë Buckman, your mother warned me about, 2022. Embroidery on vintage textiles 12 x 22, courtesy the Artist and Pippy Houldsworth Gallery, London, as part of Another Justice: Us Is Them—Hank Willis Thomas | For Freedoms at the Parrish Art Museum, Water Mill, New York, July 23 to November 6, 2022. Photo: Gary Mamay.

‘Another Justice: Us Is Them’ is on view at the Parrish Museum until November 6.